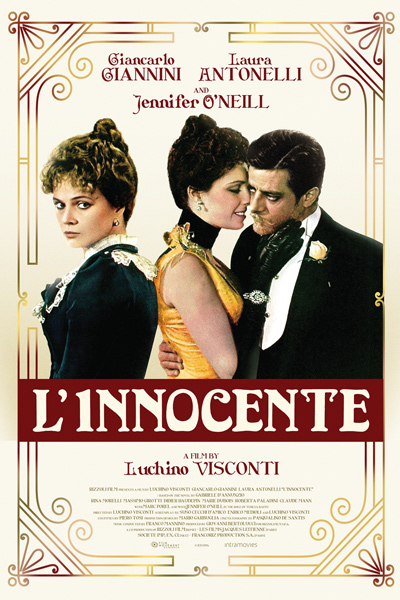 Support the IFS by screening titles straight from independent distributors who routinely provide us with interesting movies. By clicking "watch now" below you'll be able to watch a theatrical release and the distributor will then split the proceeds 50/50 with the IFS, which in turn helps buy us time while we wait for the green light to return to Muenzinger Auditorium.
Gabrielle d'Annunzio’s passionate novel is brought to life in the final masterpiece from acclaimed director Luchino Visconti. In late-nineteenth century Italy, Tullio (Giancarlo Giannini), an insatiable aristocrat, grows bored with his timid wife Giuliana (Laura Antonelli) and neglects her for his more exciting mistress, the wealthy widow Countess Teresa Raffo (Jennifer O'Neill). After learning that Giuliana is having a torrid affair of her own, he becomes tormented by her infidelity and descends into madness.