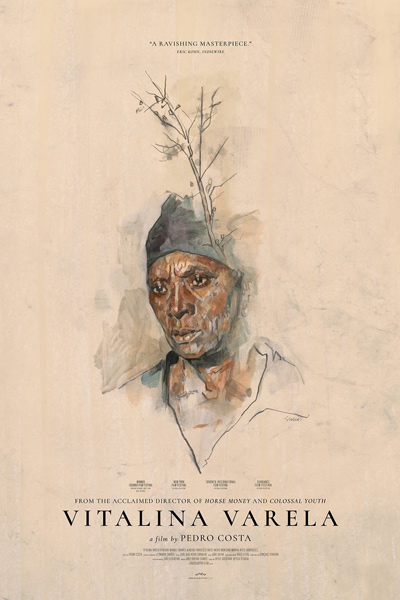 Support the IFS by screening titles straight from independent distributors who routinely provide us with interesting movies. By clicking "watch now" below you'll be able to watch a theatrical release and the distributor will then split the proceeds 50/50 with the IFS, which in turn helps buy us time while we wait for the green light to return to Muenzinger Auditorium.
Vitalina Varela takes its title from the name of its lead actress, a Cape Verdean woman who, as per usual with Costa's non-professional actors, plays a fictionalized version of herself. Vitalina first appeared in an episode in the director's previous film, Horse Money (Wavelengths 2015), wherein she recounted how her husband had left their homeland nearly 25 years ago to work in Lisbon - a separation that became permanent when she finally arrived on the continent, three days after his funeral. In Vitalina Varela, Costa refracts and expands that episode to place us firmly within his heroine's stoic point of view, capturing her extraordinary strength and resilience as she navigates the scanty physical traces her husband left behind, discovers his secret, illicit life, and encounters the other lives that darken the shadows of the Fontainhas that once was.