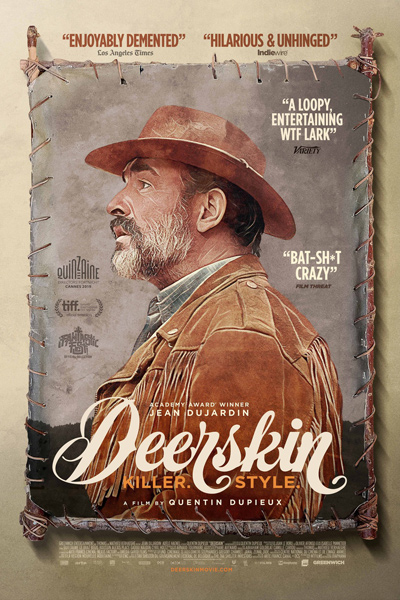 Check out our podcast episode from April 24, 2020 about this movie

In this black comedy of middle-aged masculinity gone awry, Academy Award winner Jean Dujardin (The Artist) is a recent divorcee who becomes obsessed with a vintage fringed deerskin jacket that begins to exert an uncanny hold on him. Set in a sleepy French alpine village, he falls into the guise of an independent filmmaker and befriends a trusting bartender and aspiring editor (Adèle Haenel, Portrait of a Lady on Fire) who becomes his collaborator on a movie that will document a surprising new goal he sets himself.