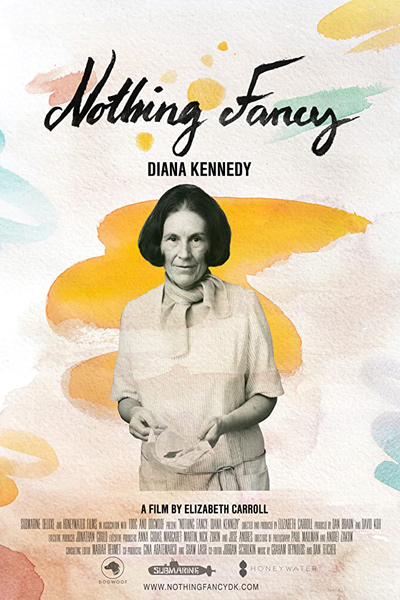 Support the IFS by screening titles straight from independent distributors who routinely provide us with interesting movies. By clicking "watch now" below you'll be able to watch a theatrical release and the distributor will then split the proceeds 50/50 with the IFS, which in turn helps buy us time while we wait for the green light to return to Muenzinger Auditorium.
Featuring extensive interviews with Diana Kennedy and famed chefs José Andrés, Rick Bayless, Gabriela Camara and Alice Waters, Diana Kennedy provides an intimate look at the leading expert on Mexican cuisine. The author of nine acclaimed cookbooks and a two-time James Beard Award winner, Diana is called the “Julia Child of Mexico”, but the feisty cook prefers “The Mick Jagger of Mexican Cuisine”.