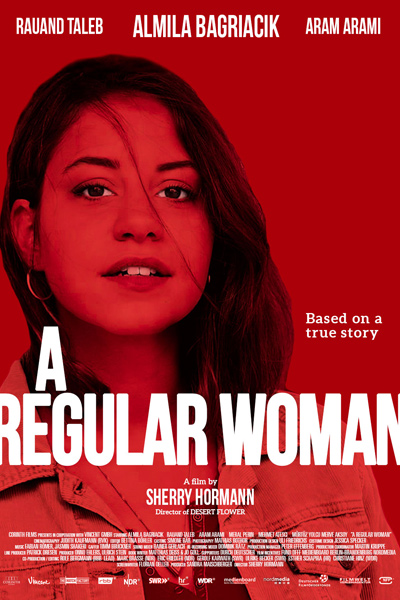 Support the IFS by screening titles straight from independent distributors who routinely provide us with interesting movies. By clicking "watch now" below you'll be able to watch a theatrical release and the distributor will then split the proceeds 50/50 with the IFS, which in turn helps buy us time while we wait for the green light to return to Muenzinger Auditorium.
Based on the tragic “honor killing” of Hatun Aynur Sürücü in 2005, the film A Regular Woman portrays a glimpse of life for a free spirited young woman living with an ultra-conservative Turkish Muslim family in Berlin. After escaping a forced marriage in Turkey with her abusive cousin, Hatun provokes the ire of her family by embracing a westernized lifestyle. After enduring endless harassment, she finally leaves the family and attempts to survive alone with her child, with whom she had escaped Turkey while pregnant. The threats and harassment continue, with German authorities willing to do nothing unless a physical act of harm takes place. This soon materializes as the family decides to task Hatun’s youngest brother with a deed that would end the family’s “shame,” and thrust the horrific practice of honor killings into the national spotlight.