Up From the Streets - New Orleans: The City of Music

Special LIVE Q&A via ZOOM with Terence Blanchard and director Michael Murphy at 7pm ET on Saturday, May 16. 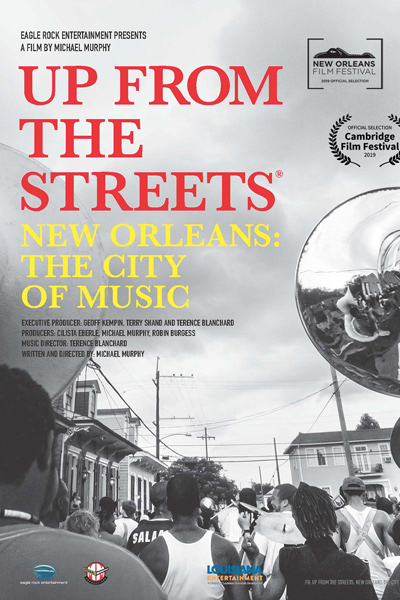 Special LIVE Q&A via ZOOM with Terence Blanchard and director Michael Murphy at 7pm ET on Saturday, May 16.

For every ticket sold, $2 will be donated to the New Orleans Jazz and Heritage Foundation COVID-19 relief fund

Check out our podcast episode from May 19, 2020 about this movie

Tip your hat to jazz music and the recently cancelled annual Jazz Fest in New Orleans with Michael Murphy's omnibus celebration of the music that shaped the culture of New Orleans in UP FROM THE STREETS.

Up From the Streets - New Orleans: The City of Music