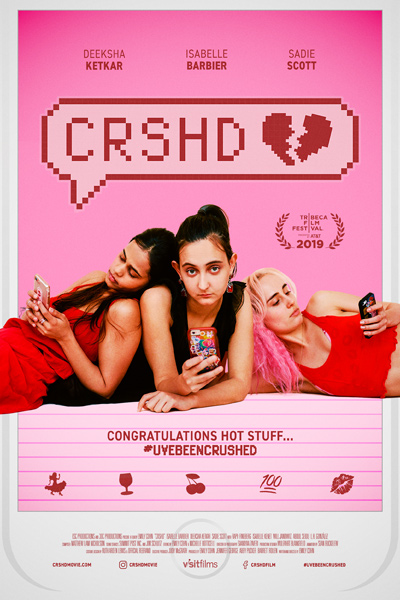 Support the IFS by screening titles straight from independent distributors who routinely provide us with interesting movies. By clicking "watch now" below you'll be able to watch a theatrical release and the distributor will then split the proceeds 50/50 with the IFS, which in turn helps buy us time while we wait for the green light to return to Muenzinger Auditorium.
End-of-the-year celebrations are underway at a small liberal arts college in Ohio. The night’s main event? A CRUSH PARTY. The rules? Submit your crush and they get an invite. Or if you’re “crushed,” you also get an invite. Self-conscious freshman IZZY ALDEN is still a virgin and the crush party is her last chance to do something about it before summer. ANUKA and FIONA, Izzy’s best friends, help Izzy on her mission to “bone” as they pursue romantic interests of their own. In millennial fashion, social media plays mediator as the girls chase their crushes in real life and online.