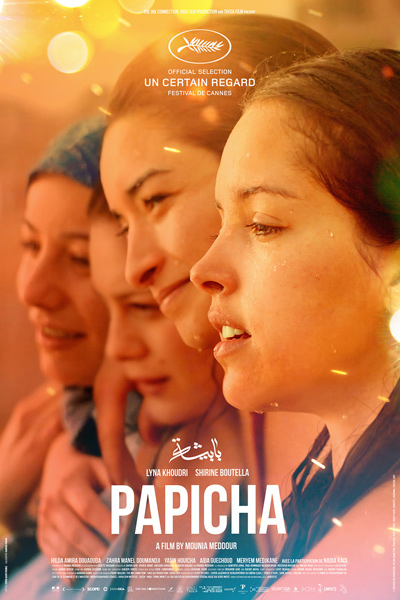 Support the IFS by screening titles straight from independent distributors who routinely provide us with interesting movies. By clicking "watch now" below you'll be able to watch a theatrical release and the distributor will then split the proceeds 50/50 with the IFS, which in turn helps buy us time while we wait for the green light to return to Muenzinger Auditorium.
Algeria, 1990s. Nedjma (Lyna Khoudri starring in Wes Anderson’s upcoming ‘The French Dispatch’), an 18 year-old student passionate about fashion design refuses to let the tragic events of the Algerian Civil War to keep her from experiencing a normal life and going out at night with her friend Wassila. As the social climate becomes more conservative, she rejects the new bans set by the radicals and decides to fight for her freedom and independence by putting on a fashion show.