Woman on the Beach 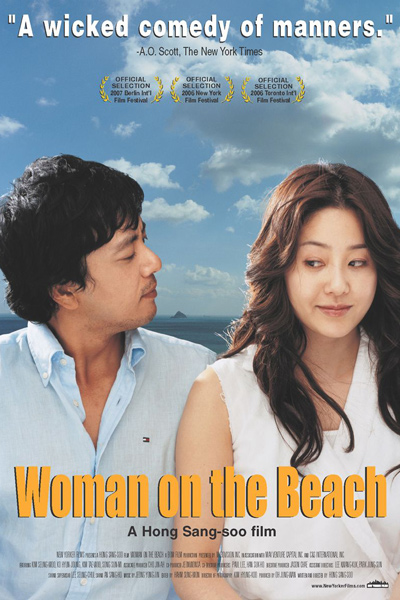 Support the IFS by screening titles straight from independent distributors who routinely provide us with interesting movies. By clicking "watch now" below you'll be able to watch a theatrical release and the distributor will then split the proceeds 50/50 with the IFS, which in turn helps buy us time while we wait for the green light to return to Muenzinger Auditorium.
Filmmaker Joong-rae, suffering from writer’s block, takes a trip to the coast with hisproduction designer Chang-wook, who brings along the vivacious Moon-sook. Soonafter their arrival, Moon-sook falls for Joong-rae’s advances; however, the ficklehero can’t commit and he awkwardly parts with her. What had been a sardonic Julesand Jim turns into a burlesque Vertigo when Joong-rae returns to the coastal resortand attempts to recreate the original romance with a woman who resemblesMoon-sook, until his jilted lover shows up...

Woman on the Beach