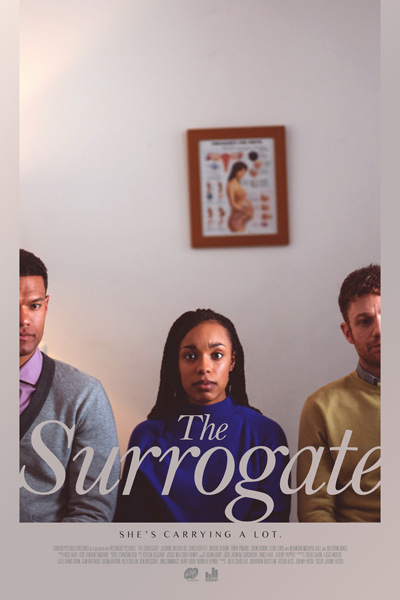 After the movie, check out this conversation between director Jeremy Hersh and one-time surrogate, Sarah Parker, at https://youtu.be/33t8VlT3B-I. The conversation is also available as a bonus feature for everyone who rents the film.

Jess Harris (Jasmine Batchelor, “The Good Fight”), a 29 year old web designer for a nonprofit in Brooklyn, is ecstatic to be the surrogate and egg-donor for her best friend Josh (Chris Perfetti, “Looking”) and his husband Aaron (Sullivan Jones, Slave Play). Twelve weeks into the pregnancy, a prenatal test comes back with unexpected results that pose a moral dilemma. As they all consider the best course of action, the relationship between the three friends is put to the test.

written and directed by JEREMY HERSH