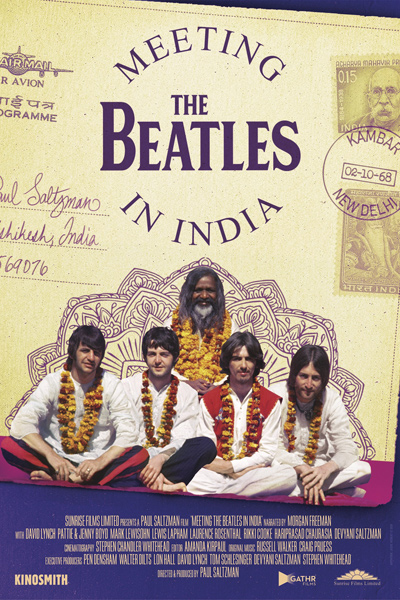 Check out our podcast episode from October 9, 2020 about this movie

With new and vivid first-hand details and over 40 personal photos never-before-seen in any other movie about The Beatles, Emmy Award-winning Canadian filmmaker Paul Saltzman shares an extraordinary life experience in a new feature documentary, Meeting the Beatles in India. Gathr Films presents this World Event Cinema Premiere on Wednesday, September 9th on its Gathr At Home™ platform. Narrated by Morgan Freeman and executive produced by TM advocate filmmaker David Lynch.