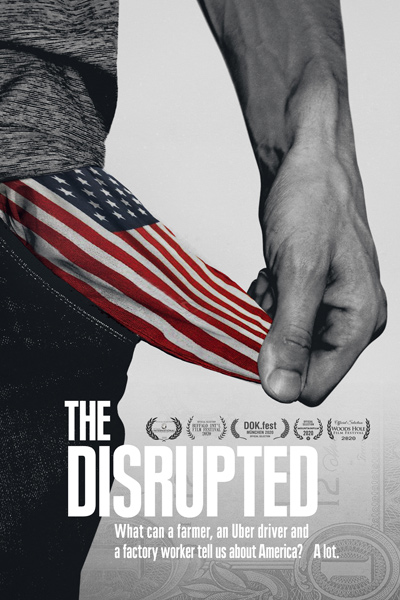 Support the IFS by screening titles straight from independent distributors who routinely provide us with interesting movies. By clicking "watch now" below you'll be able to watch a theatrical release and the distributor will then split the proceeds 50/50 with the IFS, which in turn helps buy us time while we wait for the green light to return to Muenzinger Auditorium.
What do a farmer in Kansas, a laid-off factory worker in Ohio, and an Uber driver in Florida have in common? All three are resourceful, positive thinkers who strive to adapt and thrive despite dehumanizing forces at play in the American economy. As the film’s heroes face these roadblocks with courage, certain ideals remain sacred: family, love, and staying strong in the face of adversity. Lush cinematography galvanizes a sense of place and, as the narrative unfolds, the intimacy with the characters results in an emotionally rich observational drama. Ultimately, “The Disrupted” reveals a collective American experience of financial challenge, family resilience, and the quest for the purpose and dignity of work.