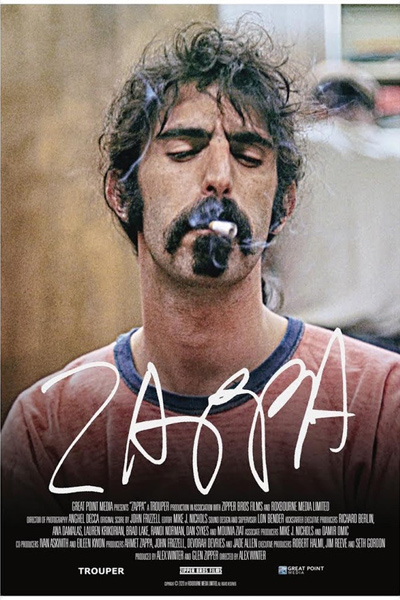 Check out our podcast episode from December 4, 2020 about this movie

Check out our podcast episode from December 10, 2020 about this movie

With the help of more than 10,000 dedicated Zappa fans, this is the long-awaited definitive documentary project of Alex Winter documenting the life and career of enigmatic groundbreaking rock star Frank Zappa. Alex also utilizes in this picture thousands of hours of painstakingly digitized videos, photos, audio, writing, and everything in between from Zappa's private archives. These chronicles have never been brought to a public audience before, until now.