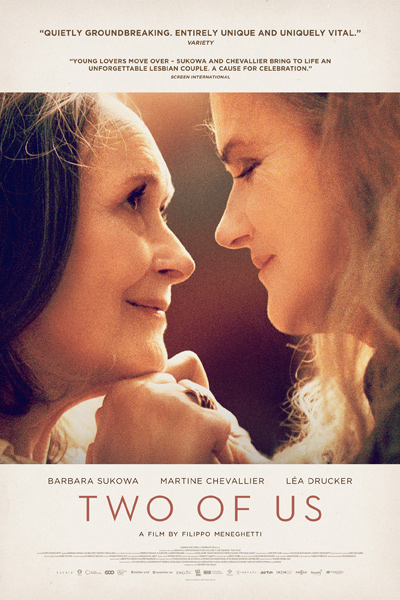 Support the IFS by screening titles straight from independent distributors who routinely provide us with interesting movies. By clicking "watch now" below you'll be able to watch a theatrical release and the distributor will then split the proceeds 50/50 with the IFS, which in turn helps buy us time while we wait for the green light to return to Muenzinger Auditorium.
Two retired women, Nina (Barbara Sukowa) and Madeleine (Martine Chevallier), have been secretly in love for decades. Everybody, including Madeleine’s family, thinks they are simply neighbors, sharing the top floor of their building. They come and go between their two apartments, enjoying the affection and pleasures of daily life together, until an unforeseen event turns their relationship upside down and leads Madeleine’s daughter to gradually unravel the truth about them.