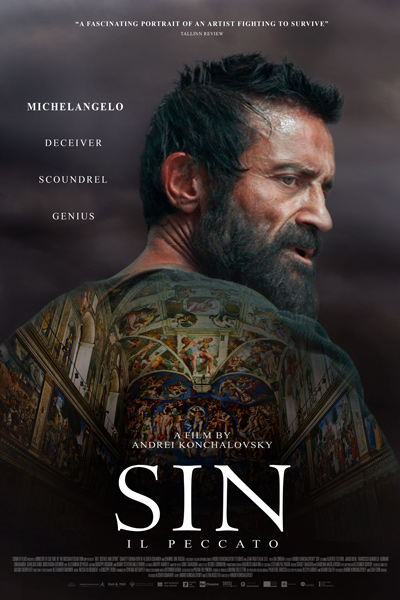 Check out our podcast episode from February 25, 2021 about this movie

Il Peccato (Sin) is the latest masterpiece from auteur filmmaker Andrei Konchalovsky, which he dedicates to Michelangelo. Shot entirely in Italy over the course of 14 weeks,the film is a Russian-Italian co-production and marks an important step in the artistic collaboration between the two countries.

Konchalovsky’s imaginative and sensory take meticulously recreates the historical details of Renaissance Italy, whilst shaping his own inventive interpretation of a legendary historical figure. The award-winning filmmaker explores the depths of Michelangelo’s inner thoughts and demons using the signature approach and style that defines his celebrated body of work.