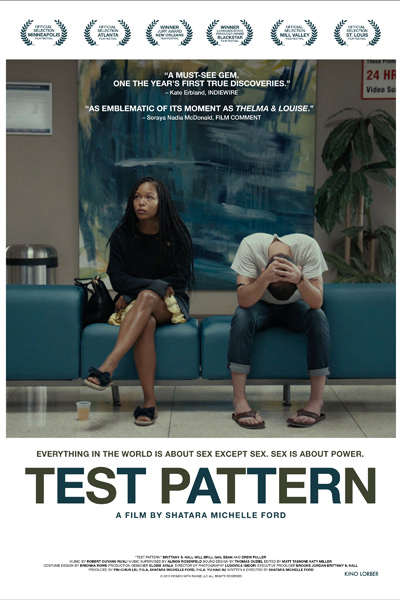 Part psychological horror, part realist drama, TEST PATTERN is set against the backdrop of our national discussion about an inequitable health system, #metoo, and race relations in America— specifically in Austin, TX, after package bombs were found on the doorsteps of black homes.

We follow an interracial couple whose relationship is put to the test after the girlfriend is sexually assaulted and the boyfriend drives her from hospital to hospital in search of a rape kit.