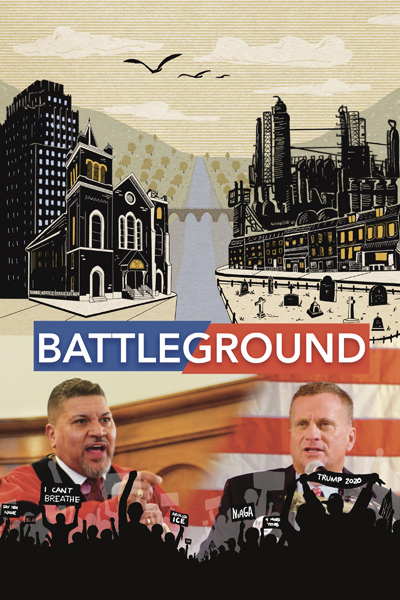 Support the IFS by screening titles straight from independent distributors who routinely provide us with interesting movies. By clicking "watch now" below you'll be able to watch a theatrical release and the distributor will then split the proceeds 50/50 with the IFS, which in turn helps buy us time while we wait for the green light to return to Muenzinger Auditorium.
Battleground is an intimate look at our current political divide, as seen through the eyes of two grassroots activists in the pivot counties of the Lehigh Valley, PA. Tom Carroll is a Trump delegate, and a Tea Party Chairman. Greg Edwards is a Black pastor, and a progressive leader supported by Bernie Sanders. When their paths collide, we realize that they have much more in common than meets the eye.