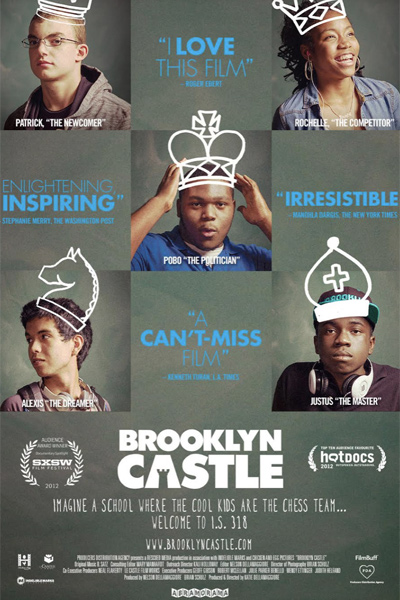 Support the IFS by screening titles straight from independent distributors who routinely provide us with interesting movies. By clicking "watch now" below you'll be able to watch a theatrical release and the distributor will then split the proceeds 50/50 with the IFS, which in turn helps buy us time while we wait for the green light to return to Muenzinger Auditorium.
Brooklyn Castle is a documentary about I.S. 318 – an inner-city school where more than 65 percent of students are from homes with incomes below the federal poverty level – that also happens to have the best, most winning junior high school chess team in the country. (If Albert Einstein, who was rated 1800, were to join the team, he’d only rank fifth best.) Chess has transformed the school from one cited in 2003 as a “school in need of improvement” to one of New York City’s best. But a series of recession-driven public school budget cuts now threaten to undermine those hard-won successes.