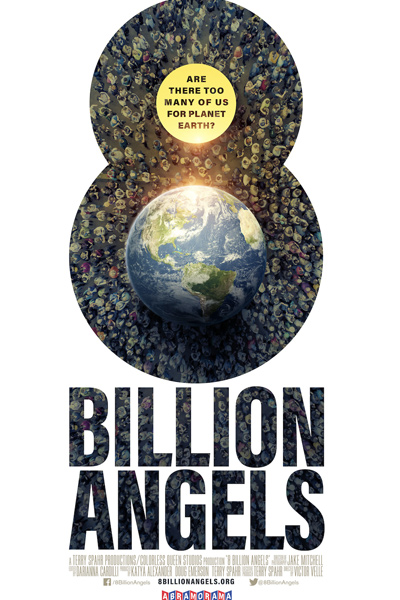 Support the IFS by screening titles straight from independent distributors who routinely provide us with interesting movies. By clicking "watch now" below you'll be able to watch a theatrical release and the distributor will then split the proceeds 50/50 with the IFS, which in turn helps buy us time while we wait for the green light to return to Muenzinger Auditorium.
Today, humanity’s demand for resources vastly exceeds nature’s ability to supply them. Food, water, climate and extinction emergencies are unfolding before our eyes. 8 Billion Angels tells the truth about the conflict between the size of our global population and the sustainability of our planet. It dispels the misperceptions that technology can save us, that reducing consumption is the answer, and that the blame lies solely in the developing world. Because audiences connect more easily to experiences than data and facts, 8 Billion Angels weaves together the voices of people around the world as they confront the growing impact of overpopulation on their lives and the planet.  The film unflinchingly shows how our skyrocketing numbers are affecting our rivers, oceans, land and air. With passion, humility, and honesty, experts explain the indisputable connection between our environmental catastrophes, unsustainable population and increasing consumption. The consequences to humanity and the planet are laid bare if we do not quickly and dramatically alter our current population and consumption trajectories.