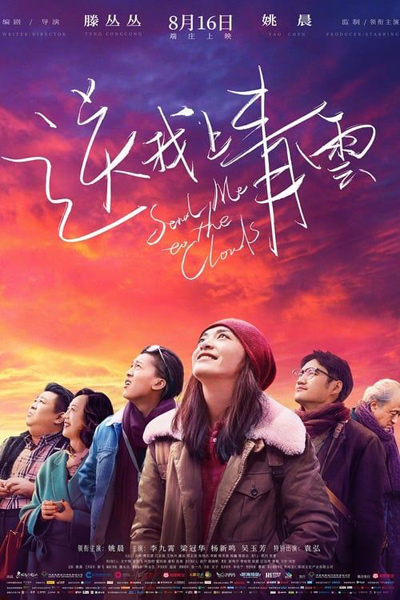 Support the IFS by screening titles straight from independent distributors who routinely provide us with interesting movies. By clicking "watch now" below you'll be able to watch a theatrical release and the distributor will then split the proceeds 50/50 with the IFS, which in turn helps buy us time while we wait for the green light to return to Muenzinger Auditorium.
Diagnosed with ovarian cancer, iron-willed journalist Sheng Nan (“Surpass Men” in Chinese) is pressured to make a quick fortune and find mind-blowing sex before the costly surgery numbs her senses. Taking on a businessman’s biography writing job, she hikes into the misty mountains, where a chain of outbursts with her dysfunctional family, grumpy client, misogynistic co-worker and dreamlike romantic interest hilariously unfold. As deeply moving as it is luminously witty, writer-director Teng Congcong’s debut waltzes across the bitterness swallowed by her generation of women born under China’s One Child Policy, unprecedentedly burdened to “surpass men” while trying not to be “leftover women” at the same time. Saluting the 18th-century Chinese literature classic Dream of the Red Chamber in its title, the enchanting gem refreshes the novel's transcendent contemplation on desire, death and womanhood from a modern cinematic perspective.