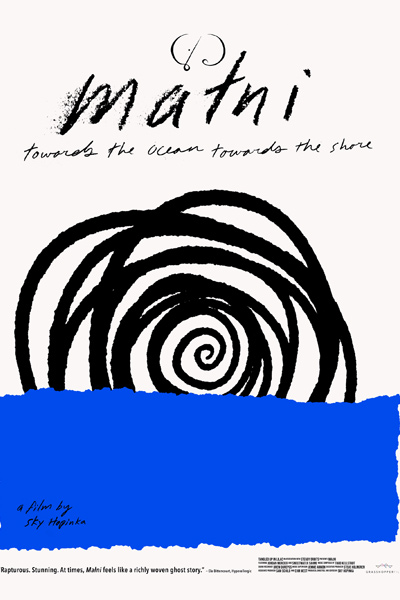 Support the IFS by screening titles straight from independent distributors who routinely provide us with interesting movies. By clicking "watch now" below you'll be able to watch a theatrical release and the distributor will then split the proceeds 50/50 with the IFS, which in turn helps buy us time while we wait for the green light to return to Muenzinger Auditorium.
A poetic, experimental debut feature circling the origin of the death myth from the Chinookan people in the Pacific Northwest, małni – towards the ocean, towards the shore follows two people as they wander through their surrounding nature, the spirit world, and something much deeper inside. At its center are Sweetwater Sahme and Jordan Mercier, who take separate paths contemplating their afterlife, rebirth, and death. Probing questions about humanity’s place on earth and other worlds, Sky Hopinka’s film will have audiences thinking (and dreaming) about it long after.