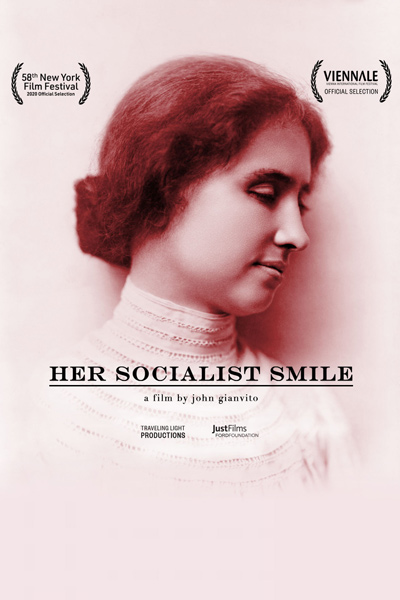 An experimental documentary essay on the political imagination of iconic humanitarian, author, and advocate for the blind Helen Keller. World famous by the age of 8 for having learned how to read and communicate through the finger alphabet, indelibly dramatized in William Gibson’s play The Miracle Worker, Helen Keller (1880-1968) remained for the course of her 87 years the most revered blind-deaf woman on the planet.

Largely omitted or minimized within the voluminous literature her life generated however was the fact that Keller had become, by time she reached her thirties, a committed believer in the principles of Socialism. The product of years of research, Her Socialist Smile resurrects the radical Keller, serving as a rousing reminder that Keller’s undaunted activism for labor rights, pacifism, and women’s suffrage was philosophically inseparable from her battles for the rights of the disabled.