Can You Bring It: Bill T. Jones and D-Man in the Waters 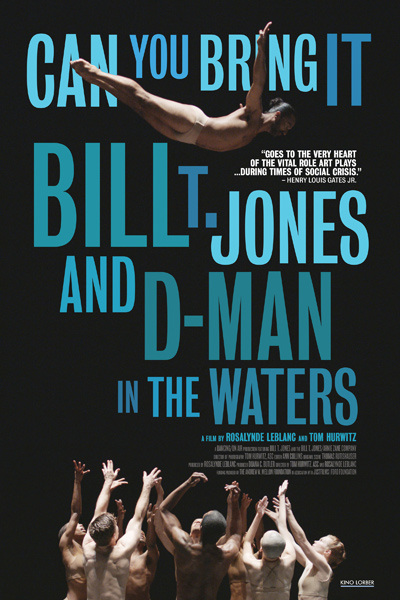 Support the IFS by screening titles straight from independent distributors who routinely provide us with interesting movies. By clicking "watch now" below you'll be able to watch a theatrical release and the distributor will then split the proceeds 50/50 with the IFS, which in turn helps buy us time while we wait for the green light to return to Muenzinger Auditorium.
Can You Bring It: Bill T. Jones and D-Man in the Watersbrings to life the creative process that culminated in choreographer-dancer-director Bill T. Jones’s tour de force ballet D-Man in the Waters, one of the most important works of art to come out of the AIDS crisis. In 1989, D-Man in the Waters gave physical manifestation to the fear, anger, grief, and hope for salvation that the emerging Bill T. Jones/Arnie Zane Company (both partners at the time) felt as they were embattled by the AIDS epidemic. As a group of young dancers in the present re-interpret the work, they deepen their understanding of its power – exploring what is at stake in their own lives in order to commit and perform it successfully. Through an extraordinary collage of interviews, archival material, and uniquely powerful cinematography, this lyrical documentary uses the story of this iconic dance to illustrate the power of art and the triumph of the human spirit.

Can You Bring It: Bill T. Jones and D-Man in the Waters