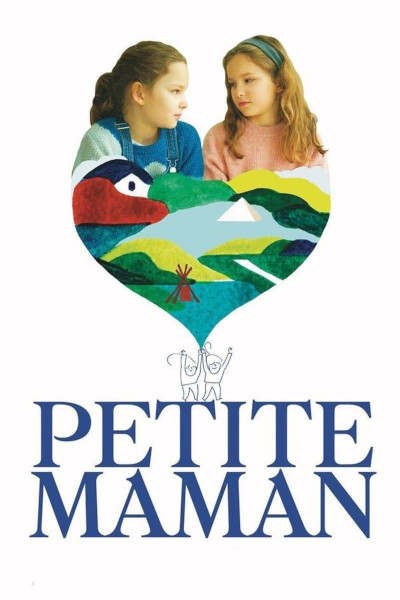 Seldom do we see a film as charming and delightful as Petite Maman. As the film opens, eight-year-old Nelly (Joséphine Sanz) has just lost her elderly grandmother, although she doesn’t quite seem to understand what that means emotionally. She and her parents arrive at the house where her mom (Nina Meurisse) grew up, which is located on the edge of a forest. Her mom is grappling with the loss of a parent and can’t seem to connect with Nelly, who instead wanders out into the woods to process her own sense of grief. There, she encounters Marion (Gabrielle Sanz, who is Joséphine’s real-life sister), another young girl who looks strikingly like Nelly. The pair become fast friends, relieved to find a connection and playmate. PetiteMaman should make you think about how time shapes us, transforming the optimism of youth into, unfortunately, something more jaded. We grow up with the best of intentions, but life often shakes us off that path. The power of this film is that it allows us to see ourselves reflected onscreen, and the themes and emotions explored are universal—and undeniable. This is a gorgeous modern fairy tale about childhood, loss, and the past. In French with English subtitles. (Runtime 1:12)