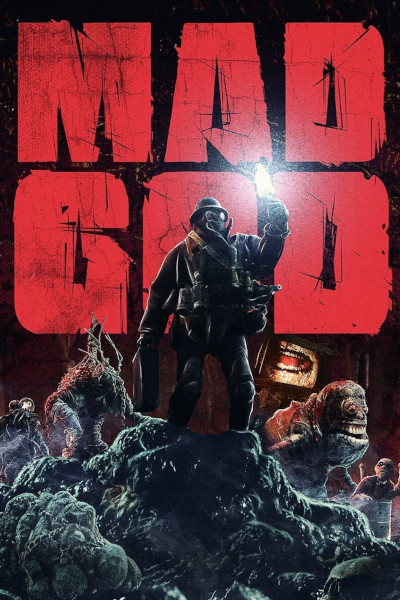 Tippett creates a universe in MAD GOD that is alive with danger and endless, telescoping possibilities. Things left in the background here form the starburst genesis of any number of speculative capillaries. The best kind of fantasy, it brings to mind the Troll Bridge sequence from Guillermo del Toro's HELLBOY II and works such as Terry Pratchett's Discworld series and Clive Barker's Imajica. There are worlds within worlds in MAD GOD, mythologies for every misshapen creature loping through the rubble and glass, like the one that looks like a red sock full of meat with the head and face of a surgeon, which captures a hopping abomination with a hook on wire baited with a light bulb that is itself dressed--vivisected, really--by the thing in the house on the hill that doesn't seem at all phased when its quarry screams like a chimp. And what of the creatures trapped in a torture dungeon our hero declines to free? The plastic baby doll masturbating joylessly in its cell and offering itself to our Nemo, our pilgrim, our Dorothy, in exchange for freedom, maybe. It's possible he knows more than he's telling and that all of these visions--like the creatures made of blood and lint that form the working class of MAD GOD's machine society--may not be as benign as they seem. This world is so dreadful it's easy to damn all its inhabitants, and so now MAD GOD becomes a commentary on our states of mind. — Walter Chaw, FilmFreakCentral.net