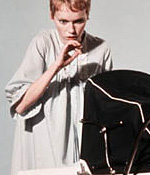 William Castle directed and produced almost a hundred films, including ROSEMARY’S BABY, HOUSE ON HAUNTED HILL, and 13 GHOSTS. Tonight we will screen one of William Castle’s most successful ventures, preceded by a special introduction by his grandnephew, Tony Castle.