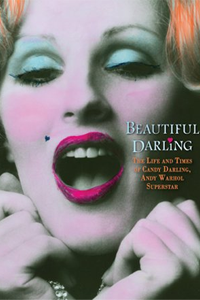 One of the oddest Top 20 hits of all time, Lou Reed's "Walk on the Wild Side" features a sauntering bass line and these words: "Candy came from out on the Island." Few listeners knew that Candy was a real person, a sometime laborer (like Reed) at Andy Warhol's Factory. Director James Rasin's "Beautiful Darling" fills in the story with grace and sensitivity.

Candy Darling did indeed come from out on Long Island -- Massapequa Park, to be specific. But that's when she was James Slattery, a boy who desperately wanted to be Kim Novak. As this moving and funny documentary shows, she came closer to that goal than might have been expected.

The movie is a labor of platonic love for co-producer Jeremiah Newton, Darling's '60s pal and the keeper of her artifacts. He co-edited a book of her diaries and letters, excerpts from which are read in voiceover by actress Chloe Sevigny. The story is framed by Newton's recent burial of Darling's ashes, along with his mother's, in an Upstate New York grave.

Becoming a woman wasn't Darling's only challenging ambition. She also wanted to be a movie-studio star of the sort that no longer existed by the time she arrived in Manhattan in the early 1960s. Explains Fran Lebowitz, the movie's most sardonic witness, Darling was "living in someone else's past."

Instead of Louis B. Mayer, Darling met Andy Warhol, who cast her in such movies as "Flesh'' with two other drag princesses, Jackie Curtis and Holly Woodlawn. Darling was less brassy and more feminine than them, a slender boy who was believable as a woman. (More than one old friend remembers her "great legs.") Darling never had a sex-change operation, but she did take female hormones, which may have fed the cancer that killed her at 29.

But it couldn't have lasted, even if Darling had lived. Warhol moved into a new phase, and there was no place in Hollywood for a transsexual actress, even one who did a great Kim Novak. To Lebowitz, all men who aspire to be women are naive. "Keep your winning hand," she cracks.

Darling's fragility was no secret, which gives even the movie's comical moments an underlying poignancy. It's the theme of "Candy Says," another Lou Reed song heard in the movie. But if Darling faded quickly, she survives in a way she'd appreciate: flickering on the screen as a symbol of lost glamour.