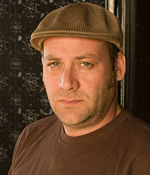 Clips to be screened include: Man on Mars, Cannibal, Timewarped, Spirit of Xmas, Orgazmo, The Sound of One Hand Clapping, The Hot Show, Mindfield/Lollapalooza and Electric Apricot: Quest for Festeroo.... and more.