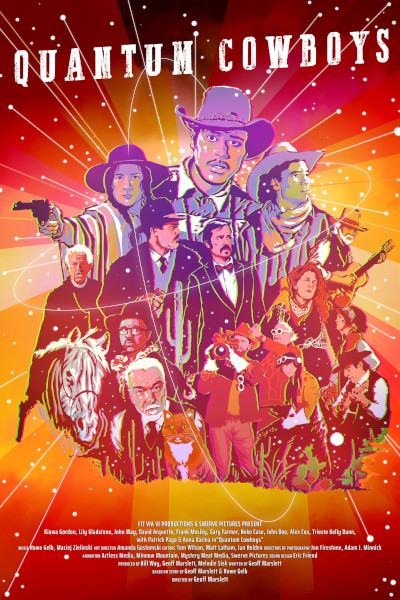 The film, which competes in the Contrechamps strand, is a captivating out West fever dream that takes place across a surreal frontier. A patchwork tapestry of time and space, it follows the ill-fated duo Frank (Kiowa Gordon) and Bruno (John Way) on an inter-dimensional search for redemption along infinite timelines.

Written by Marslett and Howe Gelb, the film fuses quantum physics and Americana with a heady journey, while toying with our understanding of reality.

Rounding out the ensemble are Arquette and Frank Mosley as the divinely sinister duo of cross-time swindlers Colfax and Depew, as well as Gary Farmer (Calvin), Alex Cox (Fr. John Kino), the late Anna Karina (Inspiration), and Broadway luminary Patrick Page (Memory), who ties all existential themes together as narrator.