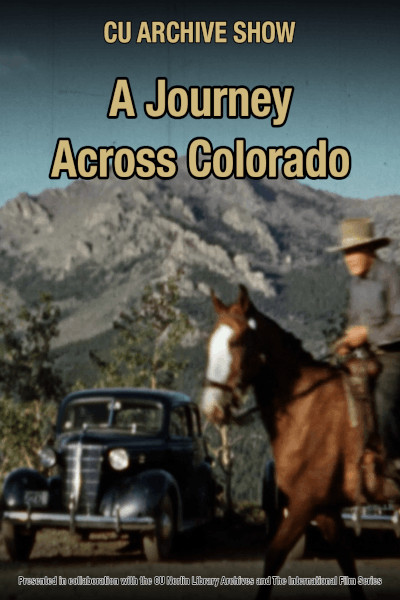 In collaboration with Norlin Library and the International Film Series, join us as we celebrate film preservation with a showcase of locally preserved films from Boulder and the surrounding area. The films are held by CU Boulder Libraries’ Rare and Distinctive Collections. Selected films originate from local sources, primarily recorded on 16mm film. The selections were digitally archived and will be projected digitally. Most films are from the early 1940s and include footage of rodeos, parades, mountain excursions, educational pieces, and others. With live musical accompaniment by Rodney Sauer! The nature of historical materials is such that some material may represent positions, language, values, and stereotypes that are not consistent with the current values and practices at CU Boulder Libraries. When viewing our program, it is important to understand that some of the archival footage is dated, coming from a time in which difficult topics such as representation were treated differently. With this, it is important to communicate that what is represented in the clips is not indicative of our own beliefs. We encourage the audience to experience the footage and its complicated history with us.