Sazen Tange and the Pot Worth a Million Ryo 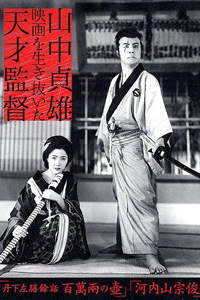 The one-eyed one armed swordsman alters the traditional superhero image in this film branded "a contemporary drama with historical costumes."

Sazen Tange and the Pot Worth a Million Ryo