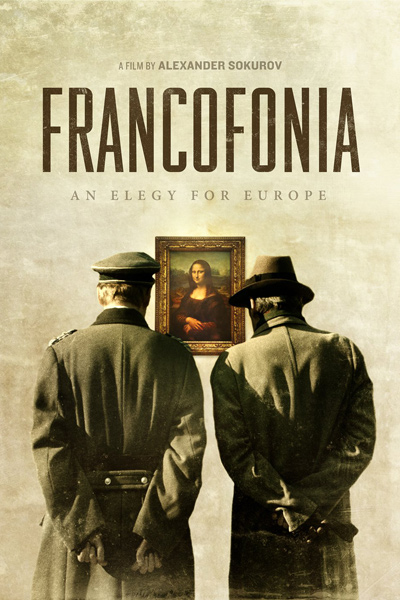 Alexander Sokurov's quasi-documentary Francofonia is a brilliant meditation on art, on war - and what happens to art when nations go to war.

In a bold mash-up of archival footage, reenactments, and reimaginings, the filmmaker examines how France's iconic museum, the Louvre, came into being. And how its palatial galleries - and the masterpieces in its collection - survived World War II.

There's everything here from newsreels of Nazi troops rolling into Paris to a scene of Sokurov himself Skyping to the captain of a storm-tossed Russian freighter carrying priceless artworks.

It was June 14, 1940, when German tanks rumbled down the Champs-Elysee - a Champs-Elysee eerily devoid of people. More than two million Parisians had already fled the city, the writing was on the wall. And on the walls of the Louvre: empty spaces where paintings had been taken down and shipped to safe hiding places in the countryside.

Much of Francofonia centers around the real-life characters Jacques Jaujard, director of the Louvre at the time of the Occupation, and Franz Graf Wolff-Metternich, an official high up in Germany's Paris command.

As with the complicit relationship between another French cultural figure and another Nazi described in Volker Schlöndorff's 2014 film, Diplomacy, Jaujard (played by Louis-Do de Lencquesaing) and Wolff-Metternich (Benjamin Utzerath) were enemies on paper. But the two became collaborators, plotting to save the Louvre from destruction and to halt the shipment of artworks to Germany as trophies of war.

The camera in Francofonia prowls the corridors of the Louvre, stopping to take in ancient Assyrian friezes, the Mona Lisa. And then it soars over the museum's rooftops, the skyline of Paris, flying back into history, the modern buildings erased before our eyes. Suddenly the figure of Napoleon (Vincent Nemeth) is wandering the Louvre, too, stopping at his own portrait.

History is enshrined here. And in Sokurov's film, the art of centuries breathes anew.