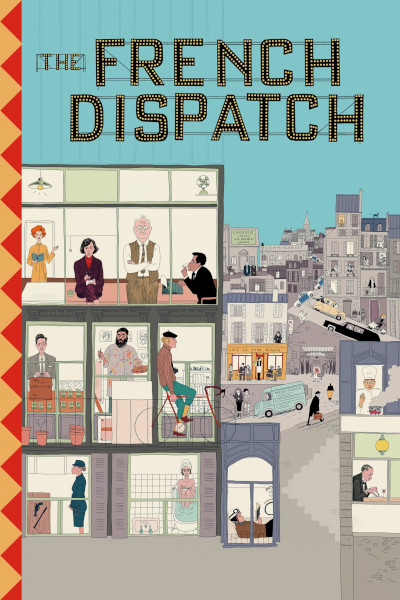 The quirky staff of an American magazine based in 1970s France puts out its last issue, with stories featuring an artist sentenced to life imprisonment, student riots, and a kidnapping resolved by a chef.