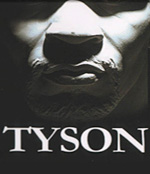 It all began back in 1999 when my nephew and I were working on a “Sports Century” episode. We realized that an in-depth interview with Mike Tyson had never really been done. We hatched the idea of a full-length documentary that could get at the core of this fascinating character.

Fast forward four years. Steve Michaels made contact with Tyson on the set of the “Best Damn Sports Show” and proposed the documentary. Two weeks later, over chicken and waffles at Roscoe’s in Hollywood, I had my first of many meetings with Mike Tyson. In his mind he had been beaten up by the media and questioned my intentions. Gaining his trust took months.

The film itself was shot over a period of nine months. Tyson was finicky. Some days we would be set up in his home in Las Vegas ready to shoot only to find out after eight hours that he “wasn’t in the mood.” One interview was actually done from 1-3:00 am, which he considered “prime time.” Tyson said prior to several two-hour sessions that he had never sat for more 20 minutes with an interviewer. The interviews became therapy sessions.

He fought Clifford Etienne in Memphis during production. We had asked to be with him early on fight day. He refused at first but then called my cell phone and wanted to know where we were. Most of our equipment was at the arena, so the compelling pre-fight scenes were shot with my home video camera.

Collecting all the old footage and stills was difficult as well. Rights holders were looking for a big payday. We couldn’t pay much, so every piece became a major negotiation.

Some of our interview subjects were reluctant to be a part of the film. Discussions with Robin Givens and her agent went on for weeks.

In the end, the call came from Mike himself on the night of the premiere. In his mind, we had been accurate and fair, showing warts and all.

A multiple Emmy and DGA award winning producer and director, David Michaels is currently Senior Producer of the Olympics for NBC and Executive Producer of the Universal Sports Network. He has produced and directed numerous documentaries including "17 Days in Sydney," "Tyson: the Demons Inside," and "The 2008 Paralympic Games." Recent live television programs Michaels has directed include the Beijing Olympic Closing Ceremony, the Kentucky Derby and the US Figure Skating Championships. A graduate of the University of Denver, he was a newspaper editor in Clear Creek County, Colorado and later press secretary to Colorado Senator Floyd Haskell. Michaels has directed dozens of profiles of major athletes over his 30 year career. One of his first was the story of George Mount at the 1979 Red Zinger Bicycle Race. Michaels has won awards for coverage of multiple Tours de France, the Ironman Triathlon and other endurance sports events. He currently resides in Westlake Village, California with his wife Catherine. They have three grown children. His daughter Megan, a 2000 graduate of CU, is currently the Supervising Producer of American Idol.