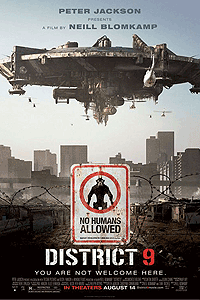 District 9 is a remarkable work and a truly benchmark science fiction film. Offering an expert balance of narrative, character, sub-text, action, effects and performance, Neill Blomkamp's cinematic debut is the film that fans have been waiting years (or perhaps even decades) for. There is scale here, both grand and intimate. Its heroes are distinctive; it's setting unique. Its action is spectacular and its drama is equal parts heartfelt and terrifying. Most importantly, it feels new. There is a mind at work in Blomkamp and District 9 is that rare celebration of science fiction that will undoubtedly help define the genre for years to come. -- Christopher Monfette, movies.ign.com