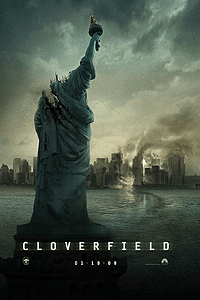 Directed by Matt Reeves and produced by J.J. Abrams, we end our Aliens-Attack: Sci-Fi Six-Pack with this screening of a monster going nuts on NYC as chronicled by a small group of friends. The man holding the camera? That would be our special guest for tonight; Hud (aka: T.J. Miller).