Warlock Pinchers 2010: Will There Be Blood? 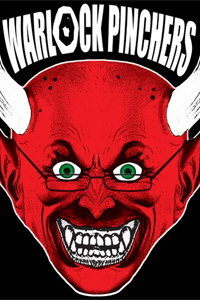 On November 19th, 1988 the WARLOCK PINCHERS played a concert in the University Memorial Center. The venue was tucked away behind THE CONNECTION in what is now known as CLUB 156 but, at that time, was called QUIGLEY’S UNDERGROUND. Sharing the bill with the PINCHERS were THE HATERS. All hell broke loose, and once the smoke cleared (literally) the band managed to land itself on the front pages of several local papers. Since that time, their notoriety grew, they went on to play bigger venues. After a long hiatus, they recently got back together to play two sold-out shows at the Gothic in Denver. WARLOCK PINCHERS 2010: WILL THERE BE BLOOD? is a concert documentary that covers those shows. After 24 years is it safe to bring the PINCHERS back to campus, back to the UNDERGROUND? Come see the documentary and the Q&A afterward to find out.

Warlock Pinchers 2010: Will There Be Blood?