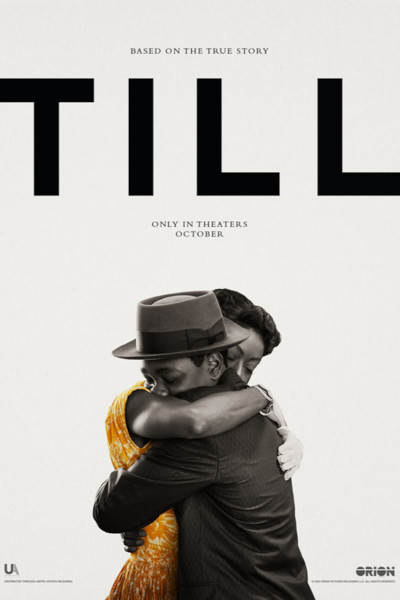 Some stories can seem too difficult to tell, though that doesn't seem to have crossed the mind of the director Chinonye Chukwu. In "Till," her haunted and haunting movie about Emmett Till, the 14-year-old whose barbaric murder in Mississippi in 1955 by white supremacists helped galvanize the civil rights movement, Chukwu revisits the past while doing something extremely difficult. She makes this grim American history insistently of the moment — and she does so by stripping the story down to its raw, harrowing emotional core.

In brisk strokes both sweeping and detailed, Chukwu — who shares the script credit with Michael Reilly and Keith Beauchamp — revisits Till's life, winding back the clock to Chicago in 1955. There, the cherubic-faced Emmett (a tender Jalyn Hall) lives with his widowed mother, Mamie (a superb Danielle Deadwyler), in a cozy house and is eagerly preparing to visit relatives in Mississippi, a trip that hangs over his mother like a worrying cloud.

Chukwu doesn't show Till's torture and death, a decision that is a clear, emphatically ethical artistic choice. "Till" is the third feature-length movie that she has directed, the latest following her 2019 drama "Clemency," about a Black prison warden in crisis, and her work here is impressive. She handles the larger-scale period backdrop of "Till" and sprawling cast with confidence, using her expanded tool kit prudently and without sacrificing the intimacy that helped distinguished "Clemency." And, just as she did in that drama, which was at once anchored and elevated by Alfre Woodard's powerful lead turn, Chukwu distills a story — its gravitational force and emotional depths — into the movie's central performance.

With fixed intensity and supple quicksilver emotional changes, Deadwyler rises to the occasion as Mamie, delivering a quiet, centralizing performance that works contrapuntally with the story's heaviness, its profundity and violence. The weight of Emmett Till's murder, the horror of it — as well as both the history that preceded his death and that which followed it — is monumental, impossible, really, for one movie. Rather than attempt to convey that significance in its full sweep, Chukwu condenses it into meaningful details, fugitive moments, tranquil ellipses, explosive gestures and, especially, the face of one woman in joy and in agony.