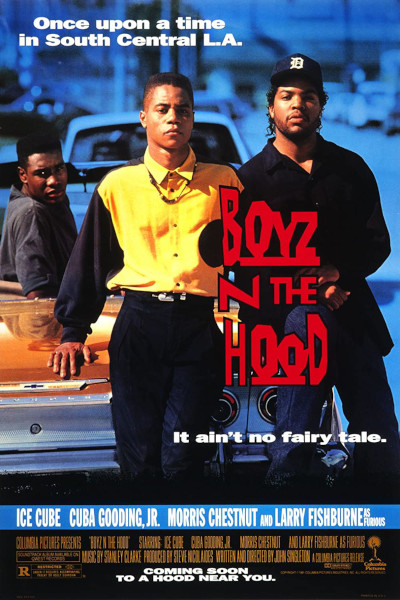 There must be fewer experiences more wounding to the heart than for a parent to look at a child and fear for its future. In inner-city America, where one in every 21 young men will die of gunshot wounds, and most of them will be shot by other young men, it is not simply a question of whether the child will do well in school, or find a useful career: It is sometimes whether the child will live or die.

Watching her bright young son on the brink of his teenage years, seeing him begin to listen to his troublesome friends instead of to her, the mother in "Boyz N the Hood" decides that it is best for the boy to go live with his father. The father works as a mortgage broker, out of a storefront office. He is smart and angry, a disciplinarian, and he lays down rules for his son. And then, out in the streets of south central Los Angeles, the son learns other rules.

"Boyz N the Hood" has maturity and emotional depth: There are no cheap shots, nothing is thrown in for effect, realism is placed ahead of easy dramatic payoffs, and the audience grows deeply involved. By the end of "Boyz N the Hood," I realized I had seen not simply a brilliant directorial debut, but an American film of enormous importance.