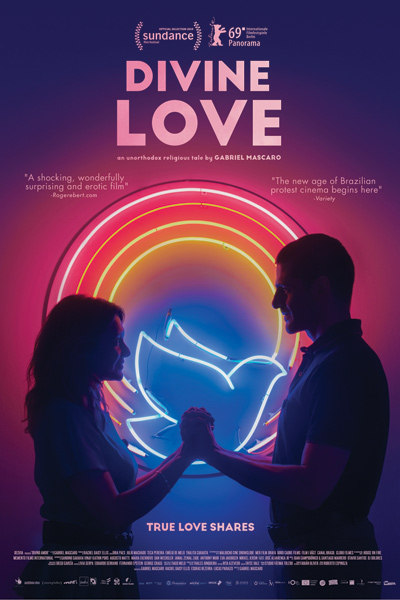 Check out our podcast episode from December 4, 2020 about this movie

In the year 2027, in a dystopian Brazil, a deeply religious woman uses her position in a notary’s offce to advance her mission to save struggling couples from divorce. Whilst waiting for a Sign in recognition of her efforts, she is confronted with a crisis in her own marriage that ultimately brings her closer to God.