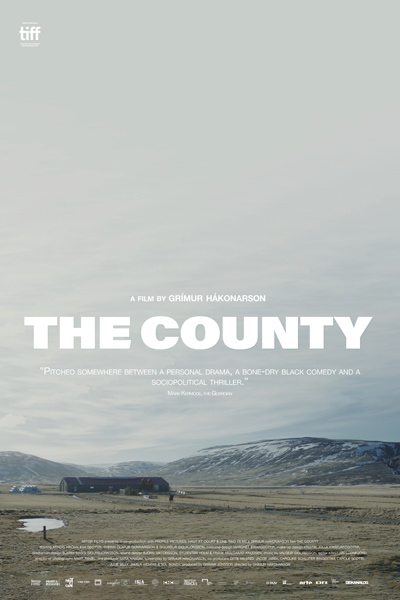 Support the IFS by screening titles straight from independent distributors who routinely provide us with interesting movies. By clicking "watch now" below you'll be able to watch a theatrical release and the distributor will then split the proceeds 50/50 with the IFS, which in turn helps buy us time while we wait for the green light to return to Muenzinger Auditorium.
Set in a small Icelandic farming community, The County tells the story of Inga, a middle-aged dairy farmer who rebels against the all powerful local Cooperative. Inga tries to get other farmers to join her in rising up against the Co-op’s corruption, but encounters great resistance, forcing her to confront the community’s dependence and loyalty to this single, dominant enterprise. Inga must use her resourcefulness and cunning to break free of the Co-op’s grasp and finally live life on her own terms.