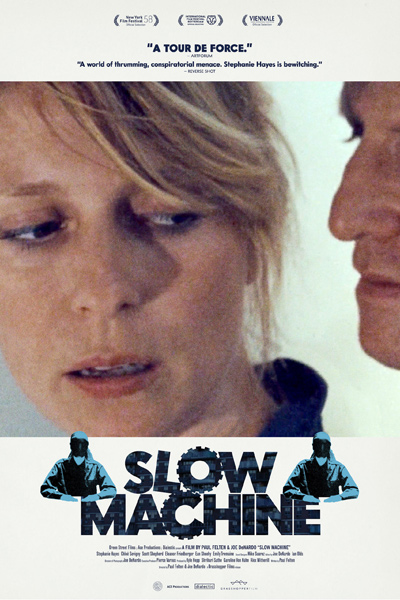 Support the IFS by screening titles straight from independent distributors who routinely provide us with interesting movies. By clicking "watch now" below you'll be able to watch a theatrical release and the distributor will then split the proceeds 50/50 with the IFS, which in turn helps buy us time while we wait for the green light to return to Muenzinger Auditorium.
Stephanie, a restless and vibrant actress, meets Gerard, an NYPD counter-terrorism specialist who’s an aficionado of experimental theater (and maybe out of his mind). Flirtation ensues, ends disastrously, and forces Stephanie to the ramshackle upstate home of musician Eleanor Friedberger, yet this supposed escape is infected by violent memories of her past life. A miniature epic of paranoia, espionage, subterfuge, music, and performance captured on lush and invigorating 16mm, SLOW MACHINE announces major new talent.