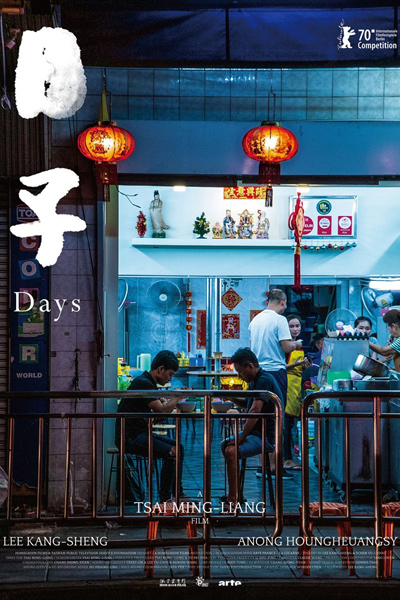 Under the pain of illness and treatment, Kang (Lee Kang-sheng) finds himself adrift. He meets Non (Anong Houngheuangsy) in a foreign land. They find consolation in each other before parting ways and carrying on with their days. The latest film from Tsai Ming-liang (GOODBYE DRAGON INN, STRAY DOGS, THE WAYWARD CLOUD), DAYS marks yet another masterwork in one of contemporary cinema’s most extraordinary careers.