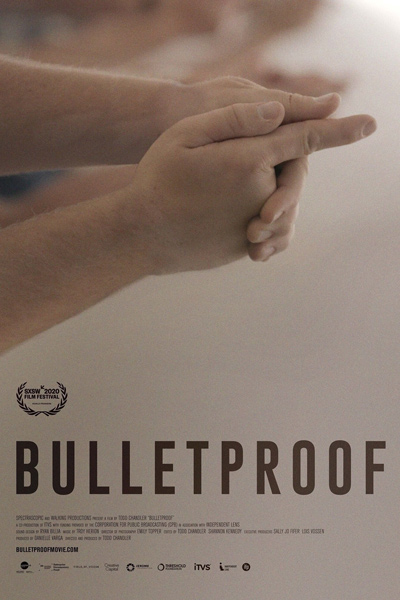 "Bulletproof" observes the age-old rituals that take place daily in American schools: homecoming parades, basketball practice, morning announcements, and math class. Unfolding alongside these scenes are an array of newer traditions: lockdown drills, teacher firearm trainings, metal detector inspections, and school safety trade shows. This documentary weaves together these moments in a cinematic meditation on fear, violence, and the meaning of safety, bringing viewers into intimate proximity with the people self-tasked with protecting the nation's children while generating revenue along the way, as well as with those most deeply impacted by these heightened security measures: students and teachers.