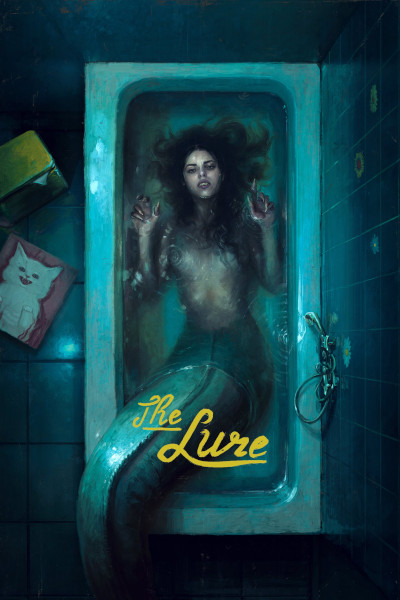 "The Lure" begins on a storybook-simple note: mermaids Gold (Michalina Olszanska) and Silver (Marta Mazurek) are about to reel in their latest victims when they are interrupted by cabaret singer Krysia (Kinga Preis). Krysia initiates the girls into a glitzy, seemingly effortless life of sparkly sequin outfits and high-beam spotlights.

Initially, Silver and Gold's rivalry and their awe-struck wonder at human society is fascinating. Most of the duo's musical numbers, like the one where the girls go shopping for human clothes and giggle that "the city will tell us what we need," are thrillingly energetic and bracingly clever. These characters are constantly being seduced by human influences, especially Silver's love interest Mietek (Jakub Gierszal), but they're hardly babes in the woods. They unashamedly show off their bodies, heartlessly flirt with and then abandon male prey, and ply themselves with all the new experiences they can, including their first cigarette and their first same-sex liaison.

"The Lure" doesn't always want to win you over since it is ultimately about the wild moods and relatively normal capriciousness of its two female leads. We root for them because they are leading lives that are not strictly determined by puritanical norms. They get to choose, and that means making the wrong decisions and living with uncertainty ... and then singing about it.