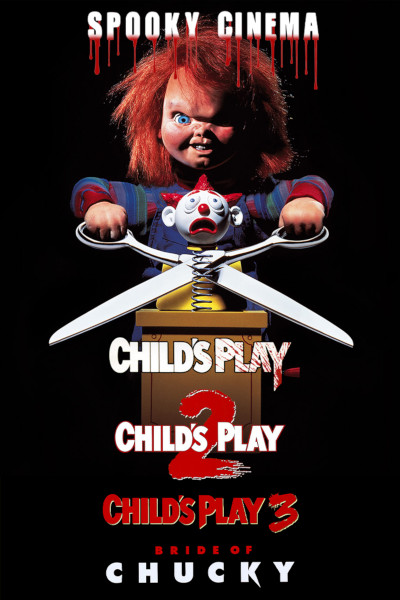 This year’s Spooky Cinema Marathon will be celebrating the legacy that is Chucky, the king of killer dolls. For this event, we will be playing back-to-back the first four Chucky movies – CHILD’S PLAY 1, 2, 3 and BRIDE OF CHUCKY. Expect a spooky atmosphere and we get in the Halloween spirit and have some fun (be on the lookout for Chucky himself hiding in the audience!).

If you think you’ve got the chops, we’ll be giving away a grand prize Chucky commemorative prize for one lucky person who manages to make it through the whole series without falling asleep or leaving (consolation prizes also available for others who make it to the end).

Chucky, also known as Charles Lee Ray, is a Good Guys Doll who just so happens to be possessed by the Lakeshore Strangler. He’s on a mission to transfer his soul back into a human and poor Andy Barkley is his intended victim! Chucky has been going strong since the 80s and is a staple of the horror/slasher genre. You just can’t keep a Good Guy down.