Part of DFF, with George Butler in person! 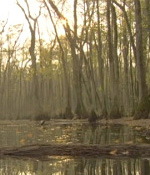 George Butler will be in peson to present his poignant documentary, in which troops of ornithologists mobilize in the spectacular swamp forests of the southeastern United States in search of a woodpecker long presumed extinct - the so-called Lord God Bird.