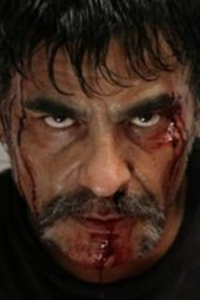 I once read in the newspaper that in Mexico they were speaking of Satan giving money on poor neighborhoods. That’s where the idea came from. Since I always liked boxing movies, I decided to mix that idea with the premise of a retired boxer, with a supernatural power, who can face everything but chooses to stay at home not to be bothered. I love the idea of the hero against his will, like Snake Plissken in Escape from New York. I also like hit-and-miss comedies and buddy movies, so basically Diablo is a mixture of all that. At the same time, it’s a love story: we must not forget that Marcos does everything for a chic. And Hugo for the revolution. He loves life. Since when I wrote the script I was still working as a journalist and didn’t have much time, my friend Nico helped me writing it and we submitted it to INCAA’s “Opera Prima” contest. We won, we made it and here it is. -- Director Nicanor Loreti — Mar Del Plata International Film Festival