Summer of Soul (...or, When the Revolution Could Not Be Televised)
★

Muenzinger AuditoriumSummer of Soul (...or, When the Revolution Could Not Be Televised)
Sep 19

Summer of Soul (...or, When the Revolution Could Not Be Televised)
★

Muenzinger AuditoriumSummer of Soul (...or, When the Revolution Could Not Be Televised)
Sep 20

The Short Films of David Lynch 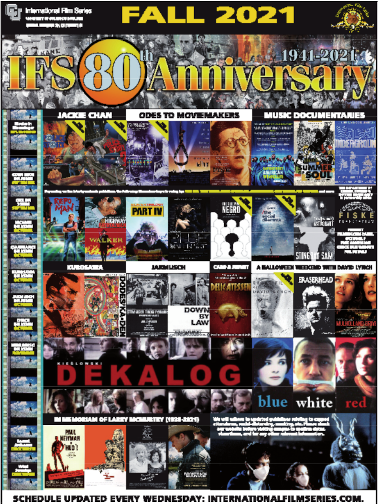 More...IFS staff is excited to return to Muenzinger this Fall to celebrate our 80th anniversary. On tap: over twenty, rare, archive 35mm prints, a variety of special events, and several visiting filmmakers. While most of the semester is planned in advance, we ask patrons to check our website for weekly updates, exact showtimes, and the latest safety protocols.