Film, the Living Record of our Memory

Muenzinger AuditoriumFilm, the Living Record of our Memory
Feb 6

Merrily We Go to Hell
★

Chess of the Wind
★

Muenzinger AuditoriumChess of the Wind
Feb 24

The Seduction of Mimi
★ 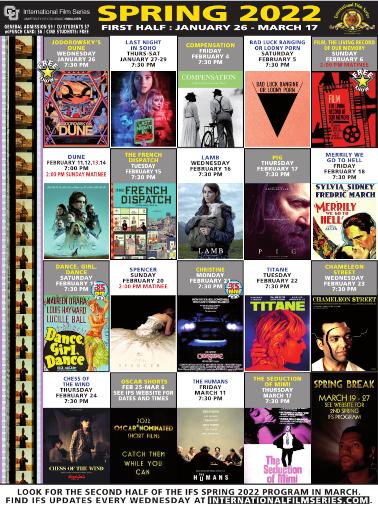